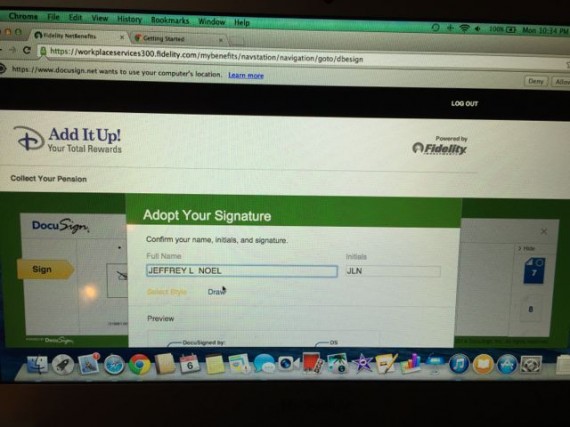 (photo: It wasn’t until Sunday night, 10:34pm on October 6, 2014 that the official digital signature was applied)

October 7, 2014 he emailed his boss at 6:29am checking on availability for a brief phone call – they both lead busy lives and rarely see each other.

At 7:54am they spoke and he told his boss (as the Delta gate agents used the PA to begin the boarding process):

The obvious question, “Are you sure?”, was asked and the not so obvious answer was stated, “Yes.”